In the history of mankind, who could be considered to have done the most damage to the environment? Although many names may pop up, no one comes close to the destruction that resulted from one man: Thomas Midgley Jr. While working for General Motors in 1916 as a chemist, Midgley discovered that adding iodine to kerosene reduced “knocking” in engines – where pockets of air/fuel mixture explode in the engine. The effects of knocking on engines range from negligible to destructive. However, he found that the iodine only reduced knocking slightly. To improve on this, he tried adding different elements to fuel until he found the magic solution – lead. And so, the leaded petroleum was born.

Leaded petrol was an instant commercial success and it became the most popular choice of fuel. This resulted in cars, buses, planes and almost all motor vehicles pumping out billions of tons of lead into the atmosphere for over seventy years. Unfortunately, lead is a highly toxic metal that causes symptoms such as muscular weakness, pain, nausea, vomiting, fatigue and madness. Lead poisoning is particularly dangerous to children as it can cause irreversible retardation of physical and mental development. Even though the effects of lead poisoning were recognised since the late 19th century (with many workers and even Midgley himself suffering from it), it was only after the 1970s when fuel companies stopped adding lead to their fuel. Thanks to Midgley’s idea of adding lead to petrol, who knows how many children would have suffered a crippling illness due to lead poisoning.

But Midgley’s “accomplishments” did not stop there. In the late 1920s, Midgley decided to tackle the problem of using sulfur dioxide, propane and ammonia as refrigerants (possibly out of guilt over the whole lead fiasco), which were effective but prone to combusting or exploding. Within three days, he developed an alternative – dichlorofluromethane. This amazing gas was inert, non-toxic and did not have the risk of exploding. It was the first of the chlorofluorocarbons (CFC), which was named “freons”. We now know that freons are responsible for destroying the ozone layer.

In 1940, Midgley contracted polio, causing him to be disabled. Poliomyelitis causes paralysis due to the destruction of motor neurons. Being an inventor, Midgley devised a clever device that would help him off the bed using pulleys and strings. Unfortunately, one day the invention twisted in a certain way, leading him to become entangled in the ropes and being killed of strangulation.

Such was the sad life of Thomas Midgley Jr, who environmental historian J. R. McNeill dubbed “[someone who] had more impact on the atmosphere than any other single organism in Earth’s history”. 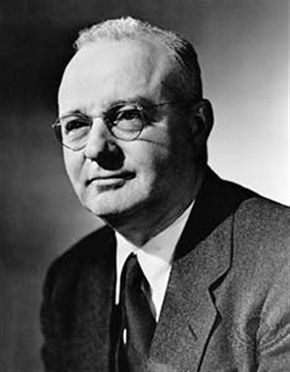