There once lived a community of mice in the attic of a house. The mice would sneak into kitchens, gnaw holes in the walls and run about freely. The owners were so fed up that they brought in a cat, causing the mice to all hide in fear. The terrified mice eventually held a meeting to discuss how they would sneak around the house without getting caught by the cat. One mouse suggested: “What if we put a bell around the neck of the cat? Then we can hear it coming and run away.”. The mice unanimously agreed that it was a brilliant idea. However, when they came to decide who would bell the cat, no mouse was brave enough to step forward and the plan was never carried out.

What would actually happen if a cat was belled? Without a doubt, the cat would take it as a cruel, cruel punishment. Not because it cannot catch mice, but because the sound of the bell ringing every time it moves will be extremely loud for the cat. A cat’s hearing is six times better than a human’s. With this excellent hearing, the constant sound of bells attacking its eardrums would be physical torture for the cat.

Furthermore, a cat can hear frequencies as high as 40,000Hz. A person can only hear up to 20,000Hz, meaning a cat hears over twice the range of sounds we can. This combined with the boosted volume results in the cat living in a very noisy world. Ergo, putting a bell around a cat’s neck is an extremely atrocious thing to do. 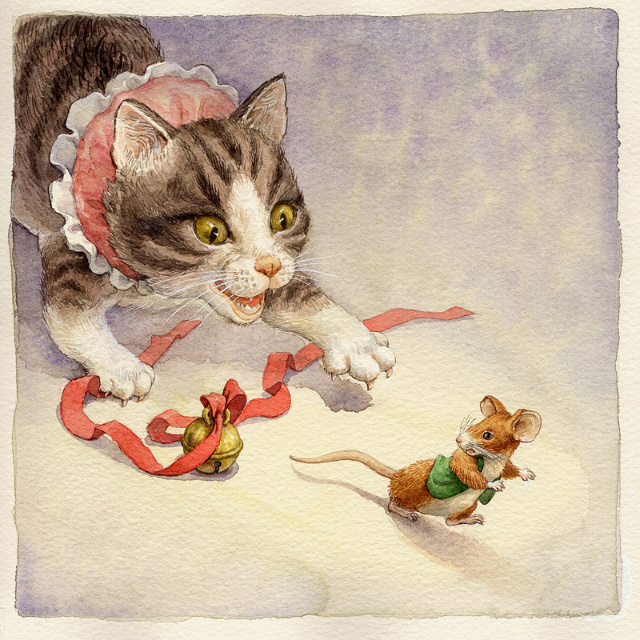